Cryptocurrency was meant to be a form of monetary salvation, a way to escape the prison of a broken financial system. What was once seen as the last hope for humanity had turned out to be the biggest curse imaginable.

Global leaders used their paper money as a tool to control the masses. Greed and domination was the fuel that powered the public machine. As a consequence, excessive amounts of fiat currency entered the market, flooding the system with worthless paper which caused the economy to completely collapse. The consequences were long lasting and this time was known as the Great Fiat Depression.

Misery and poverty were found in every corner of the globe. Extreme violence and chaos propagated in major cities as people fought to survive. Chaos had dominated our planet.

In parallel to this reality, the crypto community had grown richer and stronger, moving away from the government and developing a new decentralized economy. The tension created by these events arose as the omnipresent Government empire kept dissolving into their own corruption.

The more advancements crypto made throughout the years, the less powerful governments and banks had become. Without the hands of the government in the cryptocurrency market, the ability to manipulate and enslave the people had all but vanished.

The inevitable happened. As the end grew near, the system refused to relinquish control.

As a last resort, the remaining fiat in circulation was injected into the crypto markets, allowing for large scale manipulation and majority control of the top coins in circulation. Once the power was back in their hands, the first course of action was initiating a 51% blockchain attack. The people were powerless.

The elite created a new global alliance. National governments were coming together to shut down major miners located throughout the globe. Anyone who refused to accept was killed by the hands of those who once swore to protect us. Chaos had prevailed, and the Great Crypto War had fallen upon mankind. Freedom was a lost right that humans once had, and fighting to get it back was the only reason to survive.

To establish the power once almost lost, governments created their own centralized cryptocurrency. Civilization had no choice but to use it. Those that stood against the new global order were considered criminals and sentenced to death.

Projects that ran independently and anonymously weren't able to hold value as fear was greater than hope.

The repression and authoritarianism imposed by the government on the population showed that there was never any interest in helping the citizens. The truth about the system was exposed, generating great hatred and rancor. The Great Crypto War had begun.

As terror and fear dominated major cities around the globe, people sought remote areas as alternative to refuge.

In search of suitable places, a small group of refugees somehow finds a place known as the Sahara Eye, located in the African desert. With a        mountainous circular shape, they concluded that the much sought after place had just been found, offering the necessary protection to survive the Great Crypto War that could last indefinitely.

In the process of exploring the site, two humanitarian brothers that were leading the refugees into the new site made a stunning discovery. They had found small fragments of a shiny black crystal submerged underground in a place that had the appearance of an ancient temple, attracting everyone's attention.

Upon touching fragments of the found crystal, information of the ancient past had been revealed and brought to light, along with the realization that the location was the much talked about lost city of Atlantis.

The great discovery caused other members of the group to question how the two brothers knew about the location of that special site. Their answers were simply described to be a powerful energy from above that guided them safely to the location.

The crystal held in their hands was part of a great black pyramid located in the center of Atlantis. With the purpose of supplying cosmic energy to the city and the civilization that inhabited there, the pyramid was also used to open portals of interdimensional travel. This enabled civilizations of the past to travel through time and have access to advanced technology, as well as mystical powers not yet comprehended by our civilization.

The Onix pyramid carried a technology built by extraterrestrials. This technology was  brought to Earth using interdimensional spaceships, allowing them to bend time by manipulating the power found within the crystal, known as Hertz. The more Hertz one is able to manipulate, the more powerful and knowledgeable they become. 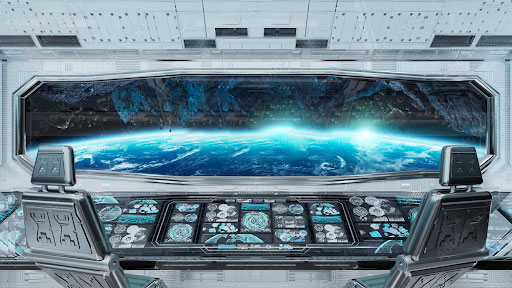 With this understanding, the two brothers had the vision that they could change the course of their reality by opening a portal to travel to the past and mysteriously deliver the Onix crystal to those people that could possibly make a positive impact with the forces of Hertz. To that end, the decision was made, where they agreed to use their new found power to go back to the year 2022 and deliver the crystal to the Army of Crypto.

Upon secretly delivering Onix to those who they believed to be the chosen ones, physical mutations were observed within the body of those that came in touch with Hertz forces. Some of them had incorporated animal appearance, as others had their essence brought to the surface, revealing who they truly are. This event had triggered psychic abilities, allowing them to manipulate the elements, bend gravity and communicate with extraterrestrials and animals through telepathy.

The first step to change the course of reality has been taken. Transformation and courage is required, firming the collective focus and energy into a brighter future, only possible with the Army of Crypto!

Let's fight against the system. The future depends on you.

Recruit your army and get into the battle!